Excerpts from the unpublished original manuscript, “Sailor Take Warning,” by Leland E. Hale. That manuscript, started in 1992 and based on court records from the Alaska State Archive, served as the basis for “What Happened in Craig.” In this installment, we get beyond rumors and into the realm of eyewitness evidence.

Some townsfolk had heard something more than a rumor. After one of the volunteers returned from the scene, he told his son what he had witnessed. He had been there when the bodies were found and had helped remove them from the still-smouldering Investor.

“One of them people was shot,” the man told his son. His unvarnished assertion was a step beyond the rumors.

At the city float, meanwhile, Bruce Anderson and Jan Kittleson were taking extreme precautions to protect themselves. They extinguished the diesel stove to make sure they could hear people approaching. They closed the curtains to hide themselves from prying eyes. They locked the windows. They put chains across the galley door. And slept fitfully.

Earlier that evening, they had gone to the Craig Police Department to report what they’d seen as they sped toward the Investor fire, in part because it didn’t seem like anyone else was interested. But they were responsible citizens. They had, after all, called in the first mayday. And they were confident they had seen something important.

They told the desk officer at the Craig police department they had seen a guy speed away from the burning boat in a skiff. They’d gone out of their way to talk to him, they said, because they wanted to know if anyone was on board. The Investor was owned by friends of theirs. They were concerned. But they almost had to ram the skiff to get it to stop. And when it stopped the driver only said, “Yeah, there’s people on board.”

Then he sped off toward Craig. And, they added, if anyone wants to talk to us, we’re tied up at the city float. Our boat is the Casino. 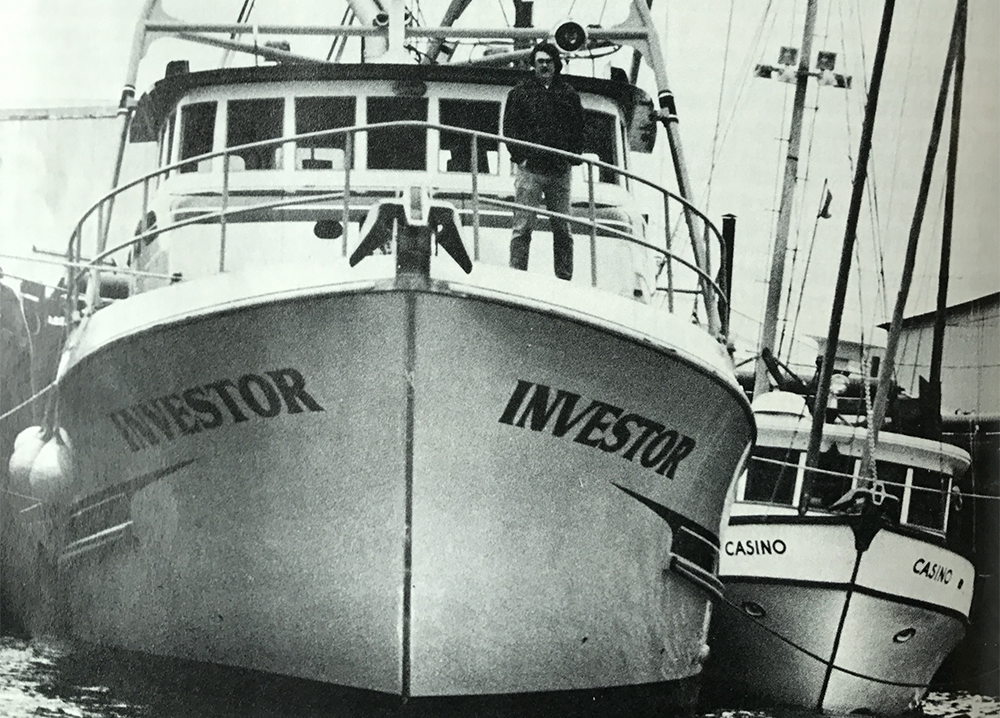 The troller Casino, tied up next to the F/V Investor

The desk officer thanked the couple for coming in and told them someone would surely come talk to them. Then he told them why he was so sure. There had been people on board the Investor, he said. And they had been murdered.

The news came as a bombshell. The pair had barely considered the possibility that their friends were still on the boat, and had even taken some comfort in knowing that no one had been found in the water. And now they knew something they wished they didn’t: the young man in that skiff had probably killed the Coulthursts. They had seen him. Up close. They had talked to him.