What Happened in Craig cannot be isolated from its place in the universe. That “place” is Prince of Wales Island. The Haida people on the southern reaches of the island migrated from Queen Charlotte Island and Haida Gwaii, decades ago. The Tlingit had long inhabited the island’s beaches and forests, with Klawock at its physical and spiritual center. The Coastal Salish totem poles found on the island form a persistence that cannot be extinguished, though some have tried.

Starting there, forest resources and fishing have long formed the center of the island’s economic heartbeat and identity. By the ’80’s, the forest products industry had developed into a mainstay of the Prince of Wales economy. With about 1.8 million acres of National Forest System (NFS) land and about 480,000 acres of non-NFS lands on the island, it was pretty much the whole damn everything.

But with a permanent on-island population that’s under 4,000 inhabitants, Prince of Wales couldn’t do it on its own. Loggers came in from off-island. So did the fishermen. Each year, commercial fishermen swarm by the 100’s, seeking their share of the island’s bounty. Craig cannot and could not be separated from these realities.

This seasonal surge of transient labor, with few ties to the community, or the land, or its waters, brings in young men at the peak age for causing trouble. In Craig, the mid-to-late 20th century meant beefs between the loggers and the fishermen. Between the fishermen and the Native Alaskans. Between the few cops and everybody else. These truths on the ground formed a backstop for murder.

Prince of Wales Island is Huge

The island is situated within the Alexander Archipelago in Southeast Alaska. With a length of 135 miles, width of 45 miles and a total area of 2577 square miles, it is the 4th-largest in the U.S. (after Hawaii, Kodiak Island & Puerto Rico). 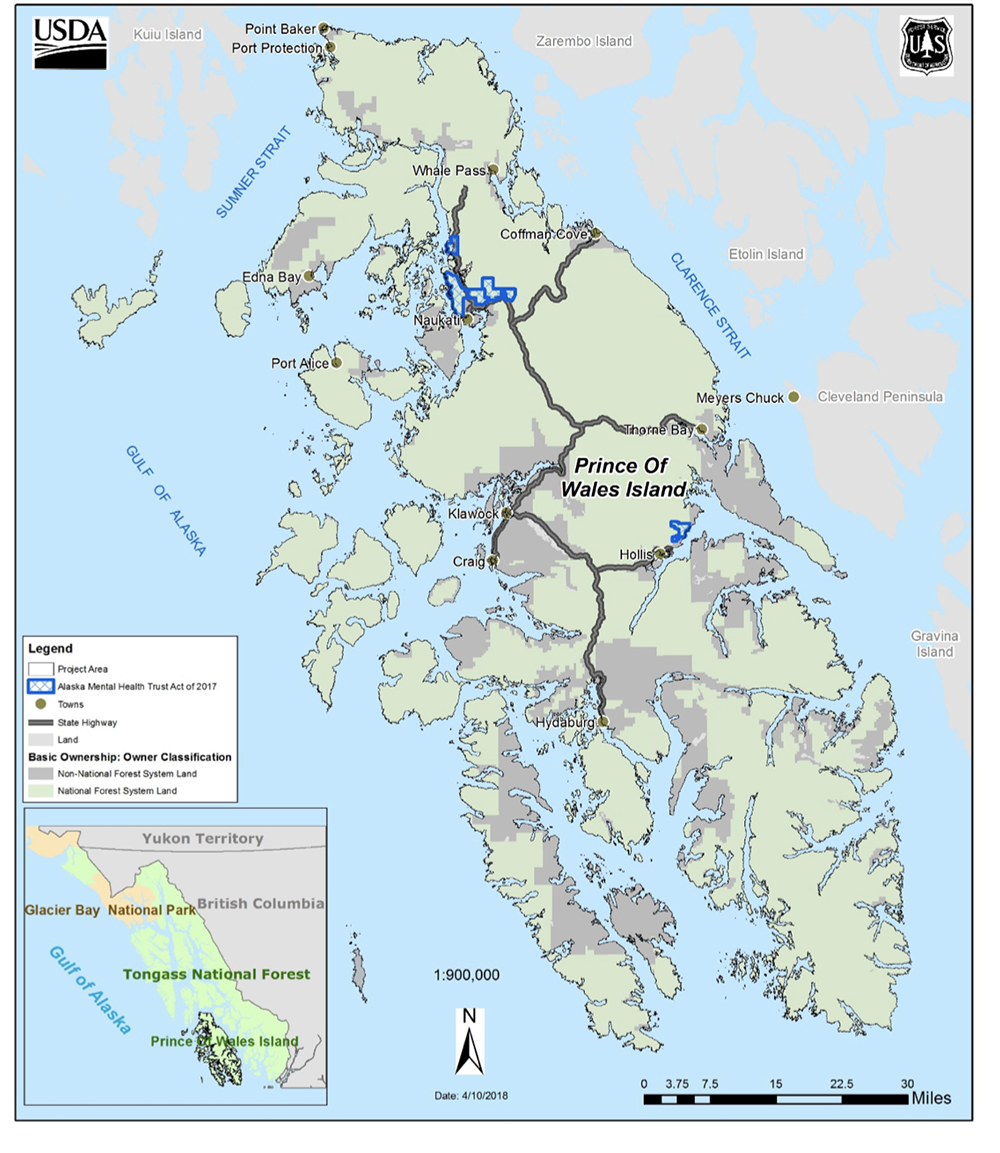 With steep-sided mountains, whose peaks reach over 3000 ft, the Tongass National Forest, the U.S.’s largest national forest, covers most of the island. This large temperate rainforest still contains huge tracts of highly prized old growth timber. The island itself is surrounded by a network of smaller islands and dissected by numerous streams and U-shaped valleys, remnants of an ice age that scoured everything in its path. 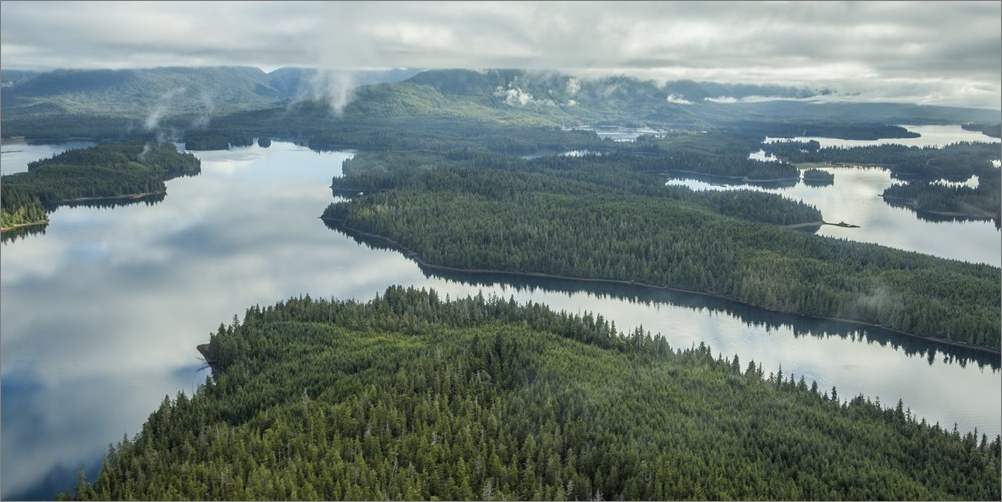 The configuration of the coastline, the warm Japanese ocean current, and the high coastal mountains provide the factors necessary to produce abundant rainfall. Annual precipitation may exceed 100 inches, with the highest rainfall occurring during October and lowest in June. Individual storms vary dramatically over short distances and can produce intense rainfall and high winds. 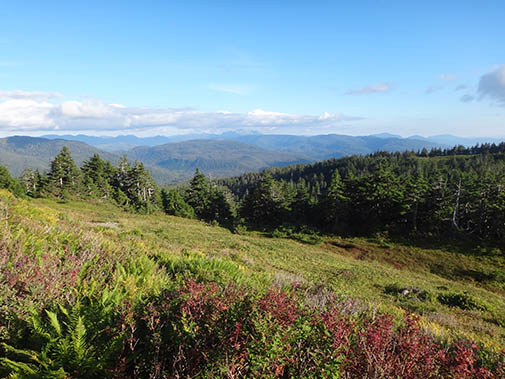 Most of the forested land is composed of both old-growth and young-growth conifers, while red alder is common along streams, beach fringes, and on soils recently disturbed by human activities and landslides.

Berry bushes, ferns, shrubs, grasses and other plants and fungi occur on the forest floor. Because of the high rainfall and resulting high humidity, mosses and liverworts grow in great profusion on the ground, fallen logs, branches of trees, and in forest openings.

The forests, shorelines, streams, and rivers on Prince of Wales provide habitat for many species of birds and mammals, including game and non-game animals, such as black bear, Sitka black- tailed deer, wolf, beaver, otter, and marten. The coastline provides ideal habitat for a large population of bald eagles, and wetlands provide nesting habitat for many waterfowl. A highly productive marine environment includes an abundance of marine mammals, halibut, herring, and shellfish. Both resident and anadromous fish are found within and adjacent to the island. 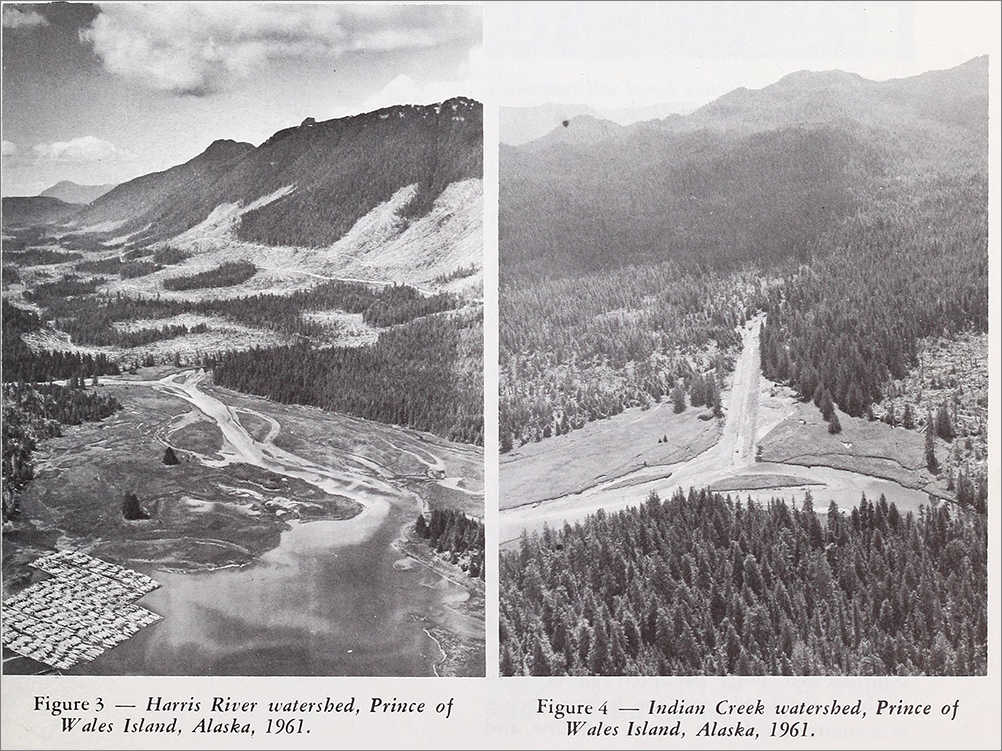 As in other enviroments, the harvesting of these resources can create conflicts. Logging and fishing don’t always play nice with each other, for example, with the former capable of destroying valuable habitat for the latter, mainly through loss of fish habitat.

The Tourists Love It

And then there are the tourists, who arrive in the summer months, when the days are long and the rain is sparse. One can hardly blame them. The fishing is good. The natural beauty magnificent. The sense of serenity is palpable. Just getting there is half the adventure. And the leaving? The leaving is usually bittersweet. 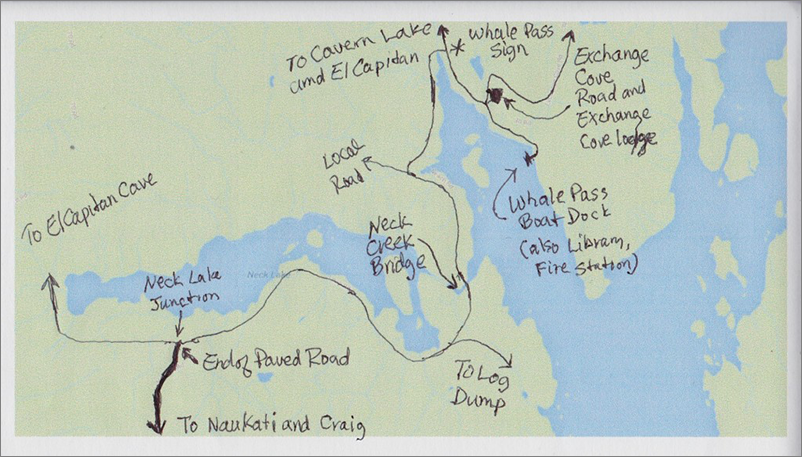 Prince of Wales background data is drawn from the U.S. Forest Service “Prince of Wales Landscape Level Analysis Project (POW LLA)” (2018). Many thanks to the authors of this highly informative document.

Order “What Happened In Craig,” HERE and HERE, true crime on Epicenter Press.