When you write about true crime, as I do, there is a constant tug to keep the focus where it belongs: on the crime itself. The surrounding context — what’s going on locally as well as in the larger world — inevitably creeps in, but it’s usually muted by the need to stay on point. Unless it’s so terrible it cannot be ignored. A series of related murders occurring in the days surrounding September 11, 2001, could not ignore the attacks on the Twin Towers, for example.

But on balance, a true crime book tries to keep the rest of the world at bay. That’s too bad, in a way. The world does not stop but, instead, provides commentary. That takes us to the Ketchikan Daily News headline for September 10, 1984. It read: “Investor slayings one of 6 mass murders in Alaska.”

The decade hadn’t yet reached the halfway mark and already the ’80’s were starting to look terrible. There was, of course, one slight mistake in the headline, because included in that terrible list were the Hansen murders in Anchorage and the Bunday murders in Fairbanks, which were more accurately described as serial murders (1). Either way, though, bad enough. The death toll during that brief moment stood at 48.

We start in Fairbanks, Alaska. On the eve of the ’80’s, a series of serial murders started in that far-north city. As my good friend and author Tom Brennan writes in his must-read book, Murder at 40 Below, “at first the cases were just young women reported missing… Then bodies began turning up and the disappearances got a closer look.”

The first was 19-year-old Glinda Sodemann, last seen near her residence on August 29, 1979. Her decomposed body was found two months later, in a gravel pit near the Richardson Highway, twenty-two miles south of Fairbanks. A young wife, authorities initially suspected her husband, but he was quickly cleared.

In June of 1980, eleven-year-old Doris Oehring went missing. Her brother had seen her only days before, talking to a stranger in a bluish car. It looked like the stranger was wearing blue clothing, perhaps an Air Force uniform. Doris’s brother helped authorities develop a composite sketch. 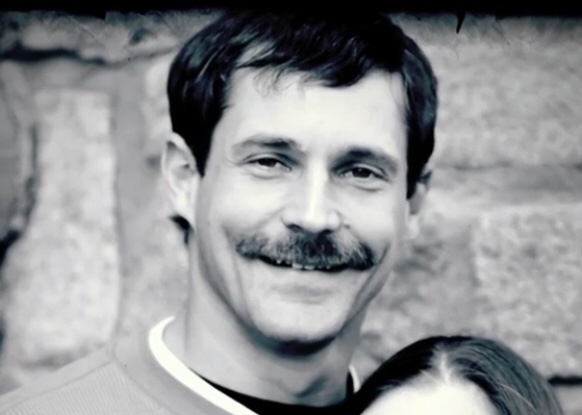 The first few months of 1981 were particularly deadly. On January 31, Marlene Peters went missing. Five weeks later, Wendy Wilson dropped from sight. Now, at last, police suspected there might be a serial killer in their midst. Then, in May of that year, nineteen-year-old Lori King disappeared; she was last seen walking in Fairbanks, possibly hitchhiking.

It was the FBI who developed a profile of the likely killer. As Brennan notes, “The experts said the serial killer was probably single, lived alone, had a hard time holding a job, and was a civilian.”

Those descriptions were not only terrible. They were terribly wrong.

By February 1982, police had closed in on three people on the Air Force base who acted strangely toward women. One of them was thirty-three-year old Technical Sergeant Richard Bunday, who had demonstrated “inappropriate behavior around female co-workers and had generally showed disrespect for members of the female sex.”

Bunday was married, had children and held a steady job in the Air Force as an electrical expert. No matter. After four years, investigators narrowed their list of suspects to Bunday, who had recently transferred to Texas. Alaska State Troopers Jim McCann and Chris Stockard travelled to Sheppard Air Force Base to confront him.

“(AP) Alaska state police said Thomas Richard Bunday, 35, told them Monday [March, 15, 1983] in Wichita Falls, Texas, that he was responsible for the deaths of five women over a two-year span ending in 1981.

“On Tuesday, 75 minutes after an arrest warrant was issued for Bunday in Fairbanks, Bunday was killed when his motorcycle slammed into a dump truck about 40 miles east of Wichita Falls, Texas state troopers said.

“Alaska troopers at a news conference Wednesday refused to speculate on whether the accident was a suicide, but one investigator called the unexpected turn of events ‘mind boggling.'”

(1) Mass murder is distinguished from serial murder by the variable of time. Mass murders happen all at once. Serial murders do not. That’s so simple you’d think everyone would get it right.
(2) Bunday confessed to 5 of the six murders he was suspected of committing.
(3) Meach was convicted in the unrelated beating death of a grocery store clerk in 1973.