It’s easy enough to say that Mark Coulthurst was ambitious, even driven, for success. That he was diversifying by working multiple fisheries, with a vessel designed to make the voyage into fishing grounds all over Alaska. It’s also easy enough to make a casual statement like the following (from a previous post):

With three gill-netters in tow, the Investor was headed out for Petersburg and Prince William Sound where it would tender roe herring while Mark gillnetted. Coulthurst would then team up with Dave Harrison on the Rachel II for the Togiak herring run, prior to taking the Investor to Cordova for an interlude of Dungeness crab and/or halibut, before the Southeastern Alaska seine season got underway.

Easy enough, that is, until one actually looks at the nautical charts — and views the Investor’s actual route.

The sea miles required to cross the Alaska fishing grounds are considerable. We’re talking 100’s of nautical miles — and that’s just to get to the starting line(s). By the time the Investor got to Craig, they had travelled over 4000 nautical miles (which translates to over 4600 “land” miles). And, actually, they’d travelled farther — at one point, they sailed back to Blaine to fix a stubborn hatch.

Think about that the next time you make your daily job commute. 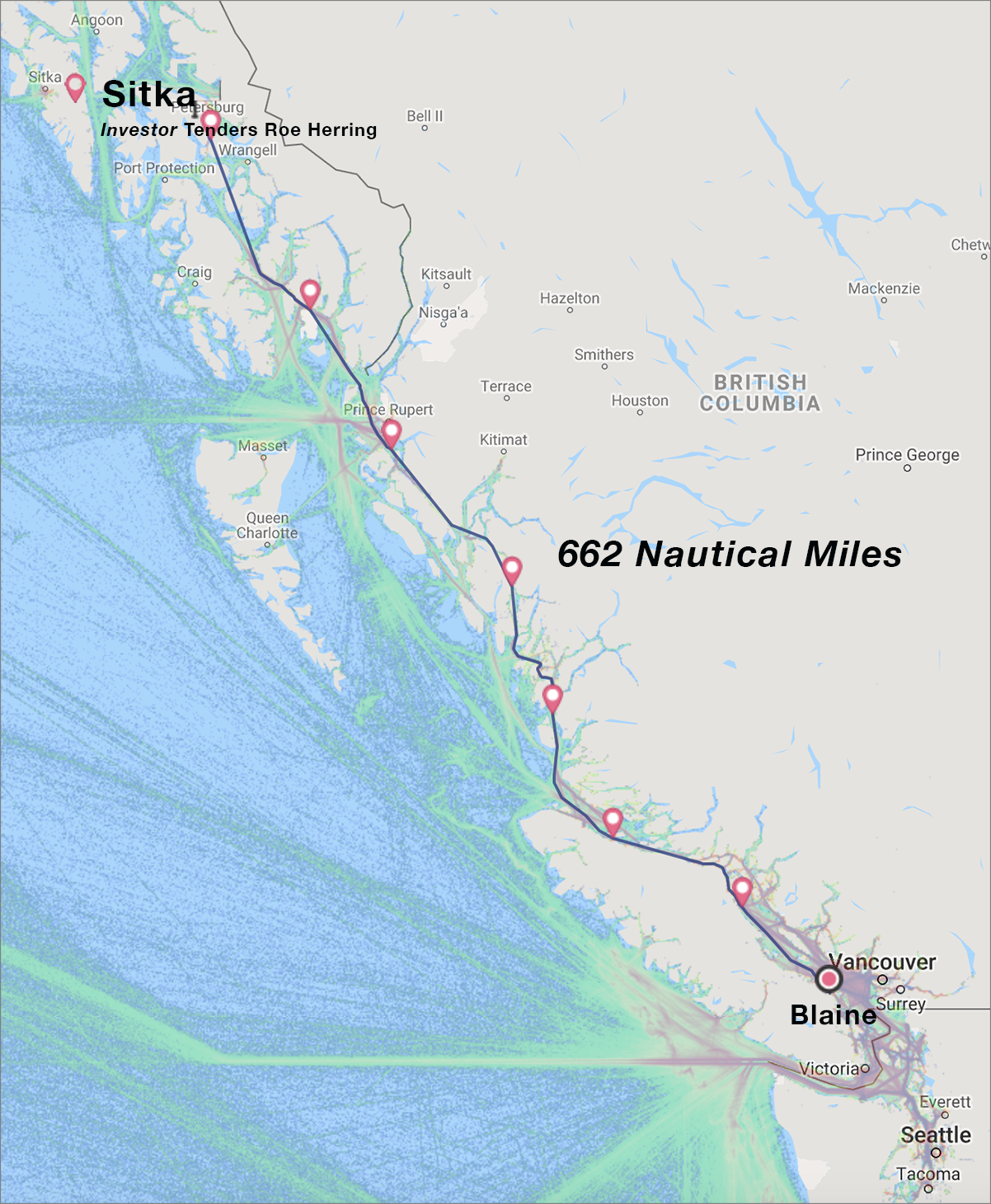 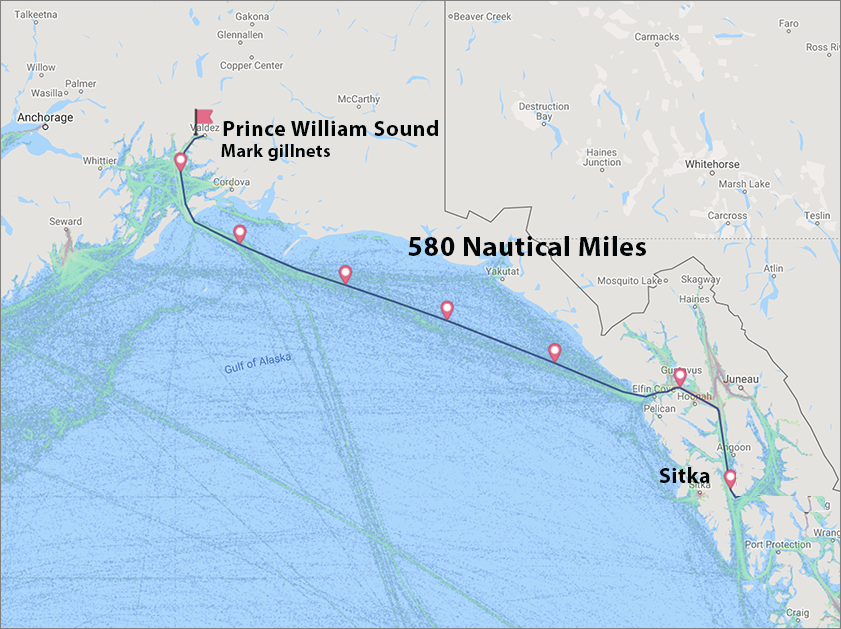 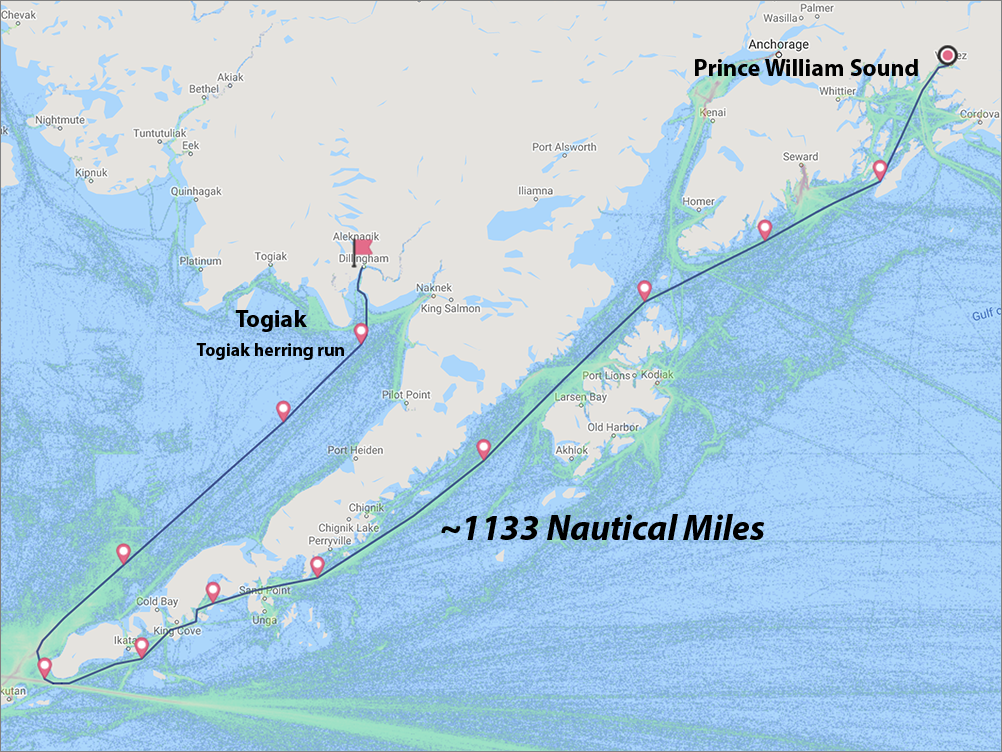 Investor’s voyage from Prince William Sound to Togiak. Note that they travelled to Togiak and then back to Cordova — a distance of over 2000 nautical miles. (courtesy Marine Traffic; illustration Leland E. Hale) 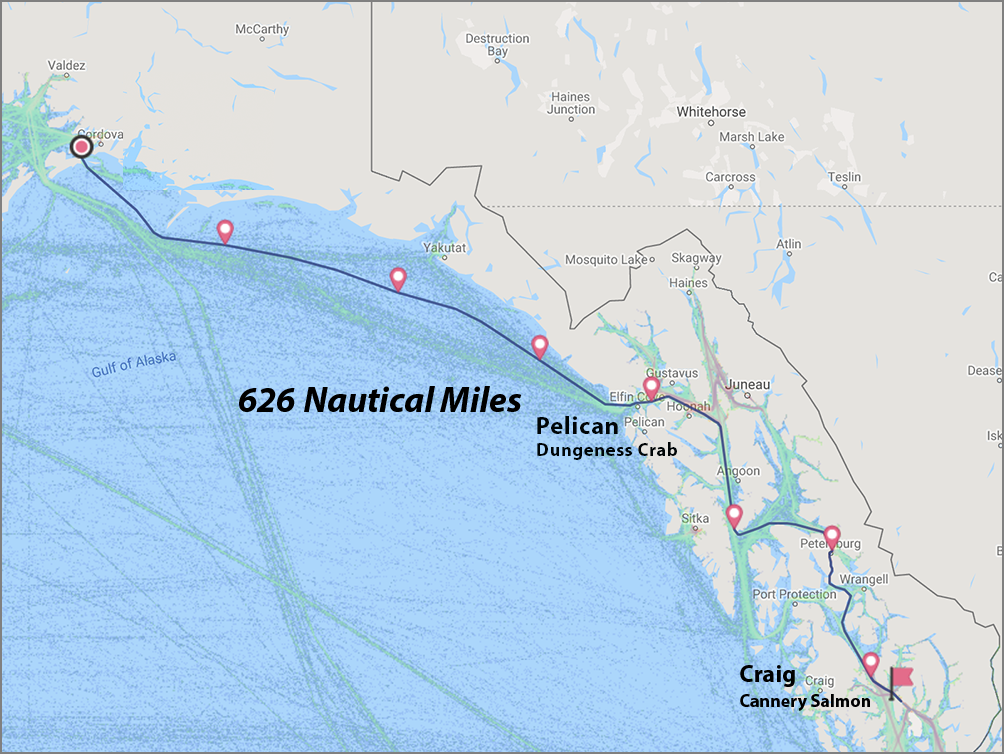 NOTE: We are plotting the most likely routes here, using Marine Traffic’s route planner functionality, not Mark Coulthurst’s actual routes. Given mariner’s familiarity with these waters, and their unique features, the Marine Traffic routes are highly likely to match those of the Investor in 1982.